The Mars Perseverance Landing is next week and you can follow along virtually with NASA Live! The commentary begins at 11:15 a.m. PST on Thursday, February 18, and the landing is planned for 12:30 p.m. PST. Watch it here: nasa.gov/live.

Here are 5 things you need to know about this mission:

1.) Find out why astrobiologists are excited for NASA’s Mars 2020 Perseverance Rover mission!

2.) The Perseverance Landing – To reach the surface of the Red Planet, Perseverance has to survive the harrowing final phase known as Entry, Descent, and Landing. Watch a simulation of this phase below:

Watch a preview of the final phase trailer below:

4.) Perseverance has four main science objectives: geology, astrobiology, sample caching, and perhaps the most exciting, to test technologies that would help sustain a human presence on Mars in the future. 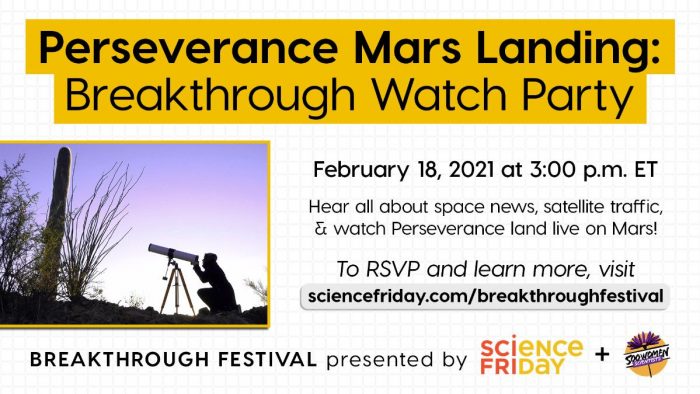 Want to learn more about the Rover and this mission?