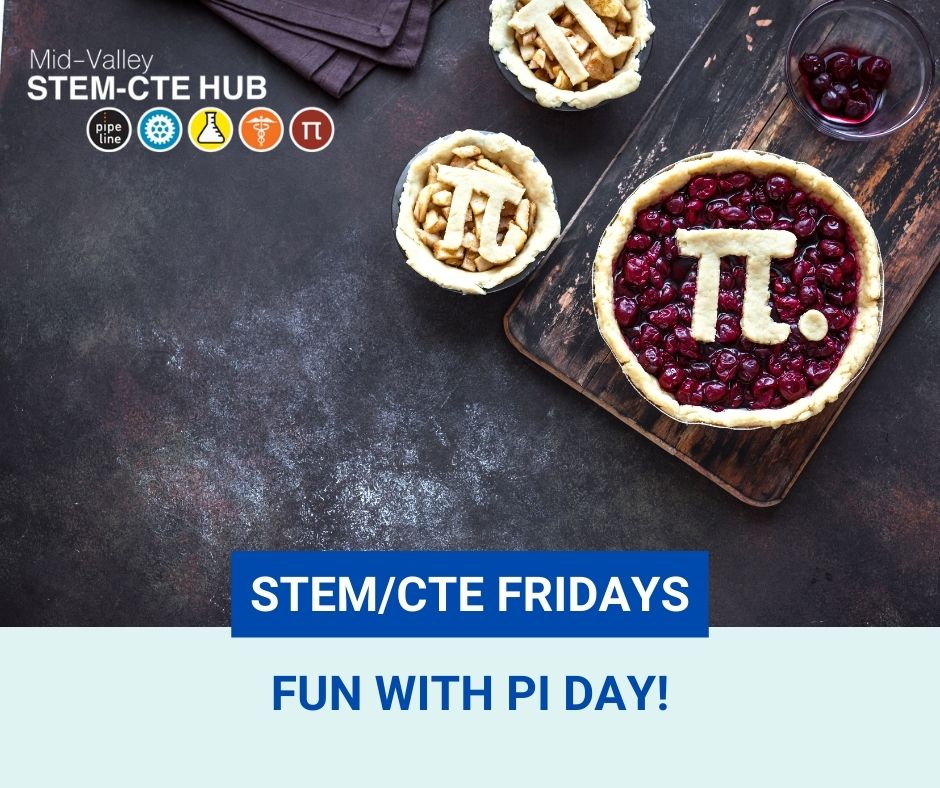 Celebrate Pi Day with us on this special #STEMCTEFridays post!

Today, we honor a number that’s as special as it is tasty: pi!

Pi (π) is a mathematical constant that represents the ratio of a circle’s circumference to its diameter. Because π is often shortened as 3.14, many people celebrate this important number on March 14—or 3/14—by eating circular foods like pizza, donuts, and of course, pie.

In basic mathematics, Pi is used to find the area and circumference of a circle. You might not use it yourself every day, but Pi is used in most calculations for building and construction, quantum physics, communications, music theory, medical procedures, air travel, and space flight, to name a few.

Celebrate pi on every day of the year on the Pi Day website!

One Million Digits of Pi On One Page!- [Plus Guides And Information]